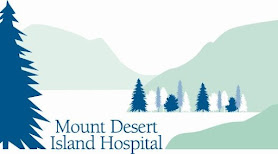 Mount Desert Island Hospital proudly presents the memorial dedication and ribbon cutting of the Lani K. Naihe & Luzvie E. Estacio Memorial MRI Wing on Friday, July 8 from 11:30 a.m. to 12:00 p.m. The new, state-of-the-art unit is named in memory of two beloved hospital colleagues who were lost last year to glioblastoma. In honor of Lani and Luzvie, more than 130 MDI Hospital employees contributed $42,596 in support of the project.

“In each of their careers at MDI Hospital, Lani and Luzvie made a tremendous impact on the lives of everyone they encountered, fully embodying each of the hospital’s values,” said Chrissi Maguire, MDI Hospital President/CEO. “Both of these amazing women made possible the innovative, compassionate care that is provided to MDI Hospital patients and the island community every day.”

This addition of this state-of-the-art MRI puts advanced, lifesaving technology within reach for the Downeast region. Among a multitude of essential imaging capabilities, MRI is incredibly important for the detection of cancers, including brain cancers. The new unit also expands MDI Hospital’s range of diagnostic capabilities, which now include prostate, TMJ, abdomen, pelvis, dynamic liver and thoracic.

The hospital broke ground on the project in 2021, with first patients seen last fall. Installation of the Philips Ingenia Ambition MRI system—one of Maine’s most advanced MRI units—advances MDI Hospital’s proud legacy of providing the highest-quality diagnostics and healthcare for residents of eastern Maine.

The Ambition MRI features near-silent technology, faster scan times and a far greener footprint than traditional MRI. It also better serves patients who may experience claustrophobia or anxiety with a 70” wide-bore scanner and patient-adjustable lighting, image projections, and soundscapes.

Due to COVID-19 precautions in place in the MRI Wing, event attendance will be limited. Those interested in learning more may contact media@mdihospital.org.

About Medical Imaging at MDI Hospital
MDI Hospital’s Medical Imaging Department brings together highly skilled, locally based staff members, exceptional delivery of care, and a top-notch quality assurance program. MDI Hospital was the first hospital in the U.S. to receive the Diagnostic Imaging Center of Excellence award from the American College of Radiology, in 2013. Recipients of this award must meet a stringent set of medical-imaging standards; MDI Hospital has received this distinction two more times, in 2018 and 2021. For more information and the latest updates, visit www.mdihospital.org.

Mount Desert Island Hospital serves a close-knit island and surrounding communities through a 25-bed critical access facility in Bar Harbor and a network of area health centers—all designed to provide comprehensive healthcare for residents and visitors.

Posted by Chamber Office at 1:46 PM 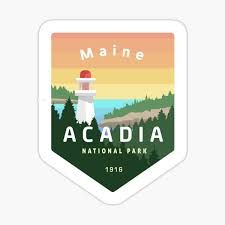 The National Park Service is expecting high visitation at Acadia National Park over Independence Day weekend. Visitors should plan their trip and expect long lines and wait times, traffic congestion and limited parking at the park’s most popular destinations.

Visitors should arrive with a plan and a back-up plan in case parking is unavailable. Go to nps.gov/Acadia to learn about places to go and things to do in the park before you arrive. Download the NPS App to help guide your visit to Acadia and select “save this park for offline use.” Park only in designated parking spaces. Parking illegally is unsafe and adds to the traffic congestion.

Leave your car parked at your place of lodging and ride the fare-free Island Explorer bus, which connects the park with the surrounding communities on Mount Desert Island and the Schoodic Peninsula. Download the myStop® app to view real-time bus locations and next available buses.

Visitors 16 and older are required to have a park entrance pass, which can be purchased online at Recreation.gov or in person at the Hulls Cove Visitor Center. Vehicles must display a park entrance pass through the windshield. Entrance fees help enhance the visitor experience and protect resources at Acadia National Park.

Hikers should know the difficulty of the park’s trails and select those that match their abilities (many of Acadia’s hikes are more challenging than they seem). Carry a detailed trail map with topography and don't rely on cell connectivity for trail navigation. Seventy percent of injuries to hikers in Acadia are due to slips, trips and falls. Wear sturdy footwear and beware of loose gravel, slippery rock, steep climbs and uneven surfaces.

Depending on CDC guidelines and the COVID-19 community level in Hancock County, masks may be required to enter park buildings, including the Hulls Cove Visitor Center, regardless of vaccination status.

About the National Park Service:  More than 20,000 National Park Service employees care for America's 423 national parks and work with communities across the nation to help preserve local history and create close-to-home recreational opportunities. Visit us at nps.gov, on Facebook, Twitter, and YouTube.

Posted by Chamber Office at 8:55 AM 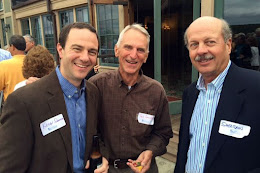 Paul Haertel, superintendent of Acadia National Park from 1994 to 2002 and a resident of Southwest Harbor for the past 28 years, died June 5. He was 81.

“While superintendent of Acadia, Paul led the establishment of the Island Explorer bus system, the conversion of the U.S. Navy base on the Schoodic Peninsula into a park research and learning center and the acquisition of numerous other parcels of land and conservation easements,” said Acadia Superintendent Kevin Schneider.

“Paul helped lead the first endowment of a hiking trail system in a national park through Friends of Acadia’s Acadia Trails Forever Campaign.

“He was a ‘ranger’s ranger.’ A stalwart lover of wild places, he served as ranger pilot in Alaska, was an avid birder and naturalist and a skilled outdoorsman – be it skiing, hiking, or paddling. He was the kind of person who believed in people, helping mentor a generation of park employees.

Stephanie Clement, interim president and CEO of Friends of Acadia, said of Haertel, “Paul was a wonderful leader and an outstanding partner to Friends of Acadia. He had a way of making everyone feel invested in the future of the park.

“Friends of Acadia could not have completed the campaigns to rehabilitate and preserve Acadia’s trails and carriage roads without him. I am grateful for the time we had with him as a friend and as the superintendent of Acadia.”

Haertel had a 41-year career in the National Park Service, working in a dozen park service units, mostly in the in the West, before coming to Acadia. In 1977, he was named chief of operations for the five National Park Service units in Alaska. He was also superintendent at both Kenai Fjords and Clark Lake national parks, and for the second half of his 17 years in Alaska, he was associate regional director for the park service.

Haertel was a lifelong conservationist and an avid birder, along with his wife, Margot, who survives him.

After retiring, he joined the board of the Schoodic Education and Research Center. He also served on the boards of the Frenchman Bay Conservancy and Maine Woods Forever.

“It’s a fascinating experience to be with this group,” he said of the Maine Woods organization in a 2015 interview with the Islander.

“We’re all conservation minded. The whole approach is to ask, ‘What is it about Maine that makes this a worthwhile place to live? What is it that gives this place value?’”

Reported for the MD Islander by Dick Broom on June 9, 2022

Posted by Chamber Office at 8:36 AM 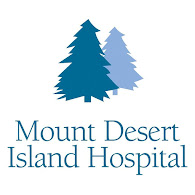 For 28 years, Bar Harbor Bank & Trust organized the event as a tribute to longtime member and chairman of the board of Bar Harbor Bankshares, David R. Harding, in recognition of Mr. Harding’s generous support of charitable organizations and his legacy of community involvement. The fun and friendly competition has raised thousands of dollars each year for local non-profit organizations on Mount Desert Island.

Visit https://www.mdihospital.org/giving/golf for more information about how you can participate in the event.

Mount Desert Island Hospital serves a close-knit island and surrounding communities through a 25-bed critical access facility in Bar Harbor and a network of area health centers—all designed to provide comprehensive healthcare for residents and visitors. Since it was established in 1897, the nonprofit hospital has grown into a premier rural healthcare organization with a retirement community and six primary care health centers, as well as a full-service behavioral health center and a dental clinic. The hospital’s Emergency Department, a critical link in Downeast Maine's trauma delivery system, serves the Mount Desert Island community 24 hours a day, 365 days a year. MDI Hospital received a five-star rating, the highest awarded, from the Centers for Medicare and Medicaid Services in 2020. In addition, the organization’s inpatient, outpatient, emergency and surgical care services have been consistently recognized by Avatar International, the Leapfrog Group, the National Rural Health Association, Harvard Pilgrim and Healthgrades.

Posted by Chamber Office at 8:50 AM 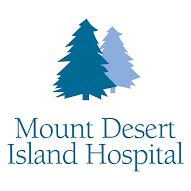 Mount Desert Island Hospital and Health Centers launched a new electronic health record system on Monday, March 7. The new integrated system marks a major milestone for the hospital as it replaced multiple legacy systems to enhance patient safety and information security, but the upgrade has not been without its challenges.

“We’ve heard from our community that referrals to outside health care providers have not been going through since we launched our new electronic health record system,” said Oka Hutchins, MDI Hospital spokesperson. “We want to notify our community of this challenge and provide support as we work to resolve all delayed patient referrals as quickly as possible.”

When the hospital was made aware of the system issue, it was immediately corrected for current and future referrals. Hospital and health center personnel are now working through a backlog of about 650 referrals that were stuck in the system and had not been processed between March 7 and May 12. As of this notice, 20 percent of these referrals have been processed.

“MDI Hospital is committed to providing safe, transparent patient care, and has established safeguards to ensure this type of delay does not happen again in the future,” said Hutchins. “We are very sorry for any delays that may have been caused by this issue.” Additional resources have been added to get the referral backlog corrected as soon as possible, and a referral call line has also been set up to help those effected.

If you have questions or concerns about a recent referral, please call MDI Hospital’s Referral Hotline at 207-801-5555 or contact your providers office. MDI Hospital will continue to address the backlog of referrals until all delayed referrals have been processed. 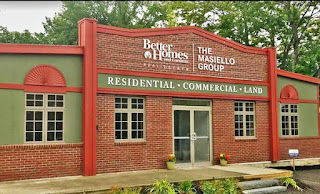 Please join us in welcoming our newest Chamber Member!
"We're honored to be your online source for all your Mid Coast Maine real estate needs focusing on Hancock and Washington Counties. Our site is designed to help you in your search for a new home or to evaluate your options for listing your current home. We have a wide variety of Acadia area properties listed within our firm but can also help you with any agency's listing when acting as a buyer agent. Our services are typically part of the listing commission so we don't ask for any additional fees on the buying side. We are simply here to help facilitate the transaction and look out for your needs."
You can learn more about their services at: https://www.masiello.com/ellsworth-me
Posted by Chamber Office at 12:08 PM