It's April and that means it's Shop Hop Time! 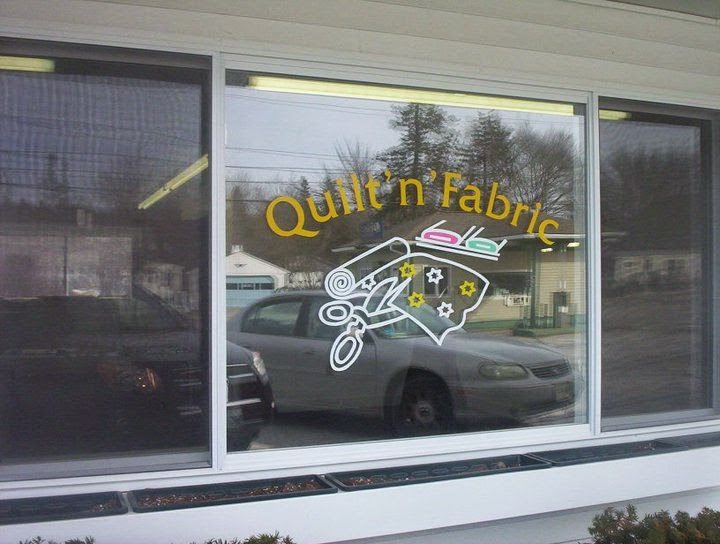 Most of us in Maine (and the whole Northeast), have been eagerly awaiting Spring and NO MORE SNOW!  For the snow sport enthusiasts who need one more run down the slope,snowmobile ride or cross country ski circuit, you can't ever have too much snow!  For us Quilters, on April 1st at 9:00 AM, our favorite sport begins at 'Quilt'N'Fabric Shop Hop!
So here's our shop hop deal:All hoppers at our store get a charm square from this years shop hop fabric line, a pre-packaged half-yard of fabric as our gift to you.  In addition, all our customers have a chance to buy fabric at 40% off from our "Bolt of the Day" sale! And last but not least, customers who  arrive between April 13th through April 17th will receive 30% off their fabric purchases as part of our fourth year anniversary celebration!Regardless of the snow, Spring IS HERE, and even if we have more snow, it's going to melt under the warm April sun.So, happy shop hopping!Store hours:Mon-Saturdays 9AM - 5PMSundays 9AM - 4PM but if you call, we will be happy to stay later
Quilt 'N' Fabric
11 Seal Cove Road
Southwest Harbor, ME
244-1233 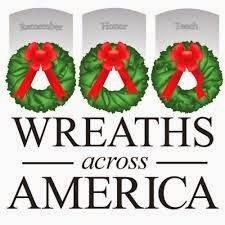 May 9th at 11:30 AM; 4 Point Street Columbia Falls, ME-  Wreaths Across America will be hosting their first Veterans Open House.  Keynote speaker will be Peter Ogden, Director of the Maine Bureau of Veterans’ Services.  WAA will also host a film festival featuring multiple videos of the wreath escort/convoy from Harrington, ME to  Arlington National Cemetery presented by Hancock Community Technical Center Students.

We are reaching out to area businesses and organizations who provide Veterans Assistance/Services or Discounts in hopes that you will be able to send a representative to speak with veterans and active duty personnel who attend our open house (or if you are unable to send a representative perhaps provide us with informational brochures or packets that we can hand out).

Thank you for your assistance,

Posted by Chamber Office at 2:21 PM

AUSTIN, TX, March 23, 2015 – Starting today, breakfast lovers and B&B fans are invited to help select the best B&B breakfast in North America during the BedandBreakfast.com® Best B&B Breakfast Tournament™. Kingsleigh Inn is Southwest Harbor is one of 16 bed and breakfasts to make the cut for the two-week recipe battle for the best B&B breakfast that represent some regional favorites.
Kingsleigh Inn was selected to represent the New England region for its Blueberry Soufflés recipe. With over 44,000 acres of Wild Blueberries growing in Maine, there’s plenty of opportunity to share these special berries with guests in our homemade sweet breads, baked oatmeal, buttermilk pancakes, fruit salads and these individual Blueberry Soufflés. We love this recipe for its simplicity, scalability and, of course, abundance of sweet blueberries which pair so well with the “surprise” little pillows of warm cream cheese. And, unlike traditional soufflés, these will look as beautiful on the plate as they did in the oven!

For the fourth year in a row, BedandBreakfast.com’s Best B&B Breakfast Tournament contest works in brackets, much like the NCAA Basketball®’s March Madness®, with BedandBreakfast.com’s Facebook® fans voting on their favorites. The recipes in each bracket winning the most votes move on to the next round of eight, four, and the final two, which will battle it out in a showdown on April 6. The winner will be announced April 7.

“Breakfast is the favorite meal of the day for many people – particularly B&B travelers,” says Matt Laessig, general manager ofBedandBreakfast.com. “This year, we’ll see which region comes out on top for the best B&B breakfast in North America.”