Healthy Acadia and Downeast Coastal Conservancy invite you to discover the health benefits of outdoor recreation this winter.  The Hancock/Washington County Healthy Trails Challenge, which begins January 1, is a fun and free opportunity to get fit, get outdoors, and connect with nature while exploring the trails and parks in Hancock and Washington counties. Hit the trails this winter and do something great for your body and mind!

Healthy Acadia is proud to partner with Downeast Coastal Conservancy to offer the Healthy Trails Challenge to engage more youth and their families with the outdoors, and to promote tobacco free, substance free, and fun healthy physical activities. The Healthy Trails Challenge is a self-guided program designed for all fitness levels that encourages you to hike, bike, cross-country ski, or snowshoe at least five trails between January 1 and April 1, 2016.  Discover the unique diversity of landscapes in right here in Downeast Maine and challenge yourself with new and interesting hikes.

Additional prize opportunities include the Healthy Trails Challenge Photo Contest - entrants who submit photos of their adventures will be randomly selected to win a prize, and the Healthy Trails Pursuit. "Explorers" eager for an additional challenge may choose either the Washington or Hancock County Pursuit and select any of the 30 different activities listed. Complete one of three different levels to be entered in the grand prize drawing.

For more information, contact Angela Fochesato at 255-3741 or angela@healthyacadia.org. For links to the Healthy Trails Challenge online registration packet, trail logs, and other Challenge materials, visit Healthy Acadia’s website at www.healthyacadia.org or find us on FaceBook. For information about trails and natural areas managed by the Downeast Coastal Conservancy, visit www.downeastcoastalconservancy.org. The Healthy Trails Challenge is supported by Partnerships to Improve Community Health through EMHS, Healthy Maine Partnerships, and local community members and businesses.

We empower people and organizations to build healthy communities.
Healthy Acadia is a Healthy Maine Partnership.
Posted by Chamber Office at 11:44 AM 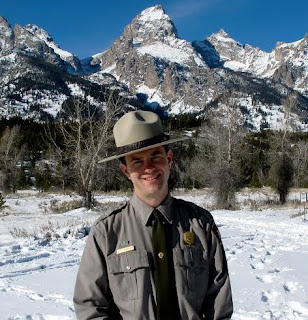 “Kevin’s outstanding work in his previous assignments, coupled with his ability to work in partnership with others made him the clear choice for superintendent,” shared Northeast Regional Director Mike Caldwell. “His commitment and passion to the National Park Service and its staff, volunteers and partners, shows that he understands success for a park as special as Acadia is truly a team effort. I look forward to working with Kevin and the Acadia team as they tackle the many challenges and opportunities ahead.”

As deputy superintendent at Grand Teton National Park, Schneider managed 330,000 acres of park lands, including the John D. Rockefeller Jr. Memorial Parkway and the iconic Teton Range, whose jagged peaks and distinctive geology make it a classic vista of the American West.

"I am honored to be coming to Acadia National Park, and look forward to working with the park's phenomenal staff, partners, and communities. This is an incredible time to be part of Acadia as we celebrate not only the park's centennial in 2016, but also the National Park Service's 100th anniversary."

Schneider began his career with the NPS in 1996 on a trail crew at Rocky Mountain National Park. Other NPS assignments include media and public affairs work with the NPS Office of Communications in Washington, D.C., and communications outreach and strategic planning at Yellowstone National Park, where he primarily worked on winter use plans. He served as management assistant at Glen Canyon National Recreation Area in 2005, and was selected as superintendent at White Sands National Monument in May 2008. Schneider returned to Yellowstone in late 2010 for several months on a detail assignment as acting chief of natural and cultural resources, before accepting the deputy superintendent position at Grand Teton National Park in 2011.

In addition to his federal employment, Schneider has worked as a Student Conservation Association volunteer in North Cascades National Park.

Schneider will be moving to Acadia with his wife Cate, who grew up in Bangor and graduated from the University of Maine, and their two young children, Sydney and Connor. As avid outdoor enthusiasts, they look forward to hiking, skiing, paddling, and running in the park and Maine's great outdoors.

About the National Park Service. More than 20,000 National Park Service employees care for America's 409 national parks and work with communities across the nation to help preserve local history and create close-to-home recreational opportunities. Visit us at www.nps.gov.

Posted by Chamber Office at 9:19 AM