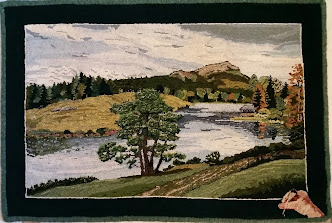 Rugs like you’ve never seen. Don’t miss the annual exhibit of Mount Desert Island’s rug hooking group, Hook ‘n I on display at the Southwest Harbor Public Library during the month of September. Members of Hook ‘n I have created original designs while also working from traditional and modern hooking patterns. The Hook ‘n I group was formed more than 13 years ago, and the group meets during the winter months at the Southwest Harbor Library.

Posted by Chamber Office at 2:21 PM